Forbrain is a great tool that can help with Auditory Processing Disorder (APD).

My son struggled so much at school that he left at the end of Year 10, without completing those final two years. His “liberation” soon became a dirty job washing dishes and the rest of his waking hours spent on a couch watching TV. Motivating him to learn how to drive was torture for me, already drained from years of worry, extra work and many hours of internet research while I couldn’t sleep, looking for answers. After so many years of being strong and hopeful, that was the time I felt the most defeated. I began to prepare myself for a future with our boy living at home for the rest of his life, his dreams and aspirations unfulfilled and in a squalid, run-down, tacky old caravan out the back.

By Year 3 he was resisting learning and his communication skills lagged behind the others. His speech pathologist recognized he had a weak working memory, but making him do the exercises at home, plus the unfinished tasks from school was a hard slog. He had assessments in Years 4 and 6, one taking us down the behavioural optometry route. That fixed an eye-tracking problem, but I couldn’t see any real improvement in his learning. He was reading, but his comprehension stayed low and the incomplete work from school kept coming home relentlessly.

The assessments only made things worse. Although there were markers for both autism and ADD, they were not enough for a diagnosis so he wasn’t given the learning support he needed. On reflection, he was in a gap, between his typically developing peers and those who were diagnosed. It was a gap where the failure to meet expectations only labeled him as lazy and difficult. I have come to learn that this is the reality for many children with auditory processing problems.

As a young child, we thought the way he talked was cute. He had a style all of his own. His animal friends were “hiddopotomas” and a cute, furry (Australian) “koana”, we ate “tortenilli”(tortellini) and filled up petrol at “stervice stations”. The rhythm of his conversation was difficult to describe, but had a sort of a stilted, ‘sing song’ quality to it. That was until his stutter started, thankfully fixed in 3 months with some excellent speech therapy.

When he was in Year 5, I read the book The Brain That Changes Itself by Dr. Norman Doidge. Hearing stories of people who had improved their lives by understanding how their brains “wired”, filled me with hope. They were using this knowledge to overcome incredible life difficulties, including language and communication. I devoured the discussion on auditory processing and how it can be improved. I discovered the latest brain research and became deeply fascinated by the brain.   How it processed what we hear for us to decide our next action. I knew then that my son’s auditory processing skills were holding him back. I became familiar with the concept that the brain is like a muscle and that cognitive weaknesses like memory and language processing can be improved. You don’t need to sell hope like that to a determined mother.

Auditory processing disorder is not a hearing problem, which is based on volume; so many people with it will pass hearing tests. It means that the brain doesn’t process, sequence, file or recall sound very well, especially the rapid sounds of language and speech.

His academic struggles weren’t the worst for him, because he just stopped caring about school. It was the social repercussion that was the most brutal. Someone with auditory processing issues doesn’t remember what they hear very well, especially instructions, conversation and banter. So teachers, the other children and even well-meaning parents get frustrated. The more crafty boys in his class had worked out they could blame him for just about anything, because he could not tell his side of the story. Later he learnt to take the blame, just so he would be spared having to tell his side of the story under pressure. The rhythm and timing of jokes and his attempts at humour often fell short. He was excluded, bullied, teased and generally not liked by most of the grade. On the darker days, I hated sending him to school and wished that I had the courage to homeschool him.

From the above-mentioned book, I found a program that promised to improve his auditory processing skills, and it fixed his speech issues in a couple of months. It would have been more successful, if I could have just got him to do it as often as was required. He had all but withdrawn from schoolwork by this stage (or anything that might make him better at it). I realized that with his mindset the way it was, he might never get the full benefit from such a forward thinking program.

He entered high school and I soon found work with a speech pathologist supporting other parents who had bought the same program and I witnessed many students improve in their learning and communication. It was uplifting to see their results and they gave me the hope I needed to continue because high school was becoming a hostile place, with more children, ever willing to take their advantage. A change of school in Year 9 brought some relief, and the countdown to freedom began.

Not long after he finished Year 10, I decided to start my own business to improve auditory processing skills for children and adults in Greater Western Sydney. In my research, I came across Forbrain. A powerful headset that rewires the auditory processing pathways in the brain to be more efficient. It could improve speech, memory and attention just by using your voice. I did not know how important the auditory-vocal loop was in auditory processing, how the voice and the ear work together to improve both the processing of auditory information and the speech muscles used for speaking. That it also worked on attention and the vestibular system, reducing stress, especially for students with learning challenges, would be a winner for my son and my clients.

Forbrain would benefit other children like my son who had short attention spans. All they needed was their voice. They wouldn’t be confined to a computer and forced to do a program they clearly didn’t want to do. Reading out loud was the best workout, but resistant readers could sing, play board games, converse, rhyme and even rap. With their attention improved, they could then get the full benefits of my other program.

When it arrived, I charged it for use immediately and tried it out. It took a while to get used to, but I used it to rehearse my pitch for network meetings and found the eloquence and confidence I needed to get my message out.

My son wanted to try it with reading. In just five minutes, he told me he didn’t have to work so hard at it, to decode. In that brief moment of time, reading had gone from being a chore to something he enjoyed. With Forbrain on, he could read effortlessly and fluently. I was so happy, I made a video testimonial.

What was surprising was that he enjoyed it so much he maintained a daily habit of reading for about 20 minutes every day. He wanted to read. He wanted to put in effort to get results. Yes, my son was reading everyday, including a book on NLP (Neuro-Linguistic Programming) involving some fairly complex psychological themes and terminology. It was the miracle I had been praying for.

Now seven months later, his speech has become smoother and he is communicating his ideas more clearly. He made the earth shattering decision recently to enroll in a retail course. This was a big moment for him, as he had decided 2 and half years before that he would never return to a school-like environment. I felt his trepidati

on and mine. Is he going to be rejected again? Will he be able to cope with the workload?

I needn’t have worried. In the second week, he triumphantly announced that he could understand much more of what the teacher was saying. He could now process all the information that was coming to him and, his writing was making sense. He was even making friends in the class, and they appreciated his jokes and humour. He encouraged others to come out of their shells. And in a big “mum” moment, he looked me in the eye and thanked me for getting Forbrain. I cried.

Now, all that pain from the past is just a memory. With conversation being more natural, there is less stress in the house and we have come back to the table for our meals together. I can enjoy what he has to say now without worrying whether people will understand him or not. He’s developing a way with words I never thought he would have. Only a few weeks ago, we were talking about the events going on in the world and he said to me “oh mum, that’s just the narrative they’re running”.

When I heard him say that, I knew I never had to worry again about his learning or whether or not people would understand him. I heard him talk to a group of friends online late one night and he let them have it, telling them he was tired of being treated the way he was and he wasn’t going to stand for it anymore. He demanded respect and got it. While it wasn’t as polite as that, I was so happy to hear him assert himself so confidently.

Our stress levels and frustrations that were part of our daily life for years are subsiding as we get to know him on a much deeper level, now that all his ‘channels’ are open. For me, this is what communication is all about. Forbrain has allowed my son with auditory processing issues, who had such a terrible time at school because of it, to finally be understood, and, to understand. 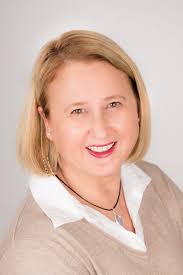 Monique Peters is the founder of Brain Wise Learning, a company dedicated to increasing awareness of the role of auditory processing in learning and she is also passionate about improving learning and life outcomes in both children and adults.

How can students use Forbrain with the active recall study method?

The active recall study technique is commonly used by students and schoolchildren wherein they test their...
Forbrain Team Sep 12, 2021 11:28:42 PM

10 ways to start off the new academic school year

Students and children may be learning online again this year, or maybe heading back into the classroom af...
Forbrain Team Sep 1, 2021 1:16:27 AM

Setting goals for the new academic year with Forbrain