A speech therapist discusses Forbrain bone conduction headphones, and how she thinks every therapist should have one!

END_OF_DOCUMENT_TOKEN_TO_BE_REPLACED

A speech therapist discusses Forbrain bone conduction headphones, and how she thinks every therapist should have one!

As clinicians, we are constantly looking for ways to maintain the effects of our client’s efforts and achievements.

One of the ways therapists all over the world are doing this is by using Forbrain headphones for complementary therapies. 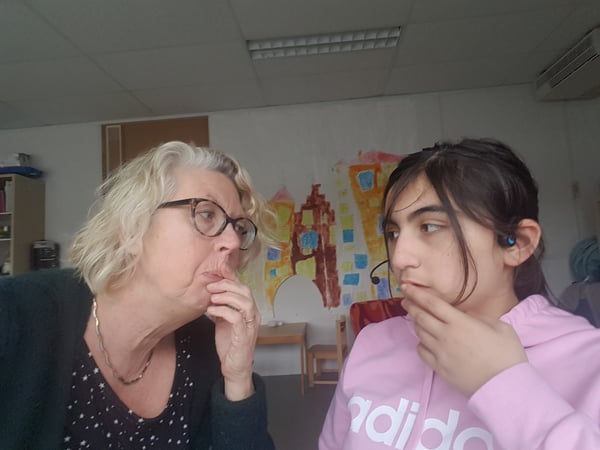 A speech therapist in the Netherlands named Monique Blok is one of those therapists. A seasoned clinician in the Netherlands for twenty-eight years and a Tomatis Consultant, Monique started using the world-renowned auditory stimulation program called the Tomatis Method in her practice eighteen years ago. She has since closed her practice to make the Tomatis Method and Forbrain her primary focus. When asked why she narrowed her professional focus, she said, “One of the reasons was because when you work with the Tomatis Method, you work with the whole person and you go very in-depth.” In addition, Forbrain has a wide variety of applications.

Monique’s practice is comprised mostly of children with severe speech and language problems. She spoke about one case in which a child had a particularly impressive response to using Forbrain. Monique evaluated the child and diagnosed her with verbal dyspraxia (Learn more about speech disorders here). Following the diagnosis of dyspraxia, protocol in the Netherlands requires a referral to an audiology and speech center. An appointment was not available at the center until six months following the referral. While waiting for the appointment, Monique recommended using Forbrain with the child for thirty minutes per day during play. When the child arrived at the center for her evaluation, they didn’t observe clinical symptoms of dyspraxia in the child and said to Monique “What are you talking about, dyspraxia? We can understand everything she’s saying.” Monique mentions, “It was pretty spectacular, actually.”

Monique credits Forbrain for the child’s progress to the point of removing the diagnosis of dyspraxia. “In healthier types, you make much much more progress than if you had done [therapy] without it.” She said that with using Forbrain, the effects of therapy treatment are deeper and last longer.

Another example of how Forbrain is helping Monique’s clients is that of a twenty-year-old student who came to her for difficulty with concentration during studying. Following two sessions of the Tomatis Method, they began to use Forbrain. The client reported that both his concentration and grades improved. Monique is happy to know he continues to use Forbrain during study sessions and he has even said, “It’s so easy to study now. I’m addicted to it!” Monique has a deep passion for working as a therapist and she knows that creating a practice based on affordable and reliable therapies contributes to improved outcomes for her clients and her business. She finds that Forbrain helps clients who have a broad array of needs including vocal coaching for hearing loss.

She has several older clients who suffer from high-frequency hearing loss and sing in a choir. They were having difficulty distinguishing between different frequencies and hitting notes: I gave them Forbrain and they use it during singing. They really love it. They are much happier in the choir, they can hear their neighbor, and listen to the difference between their own voice and their neighbor’s in the choir.

She says it’s working “really well.” She explained how a well-known neuropsychologist in the Netherlands, Dr. Erik Scherder, is educating the public about the effects of auditory stimuli such as music and singing on the brain. She believes his efforts are bringing a lot of publicity for the kind of therapy she provides. “Other professors and people like me [clinicians], we use that to promote and explain the effects.”

Monique stays committed to improving therapy outcomes by asking clients to set their own goals. Goals are typically long-term and measurable, including clients’ desires to improve communication with others, improve focus, and improve learning abilities and efficiency. She believes the “chance of success is high if they make the goal.” Goal-setting is, therefore, a collaborative effort, which evolves from the clients’ ideas about how to improve their quality of life. In addition to individual therapy sessions, Monique encourages clients to use

Forbrain in the following settings:

For younger children, she uses Forbrain during play when the child is self-narrating or singing. “I think every speech therapist has to have one. I really mean that. I think it’s such a wonderful tool, especially for young children.” Monique thinks that most speech therapists work in a “very cognitive way.” This approach to treatment can be very frustrating for a child because it’s difficult for them to understand what is meant when a therapist tells them something is not correct. Children have diminished self-awareness compared to adults. Here is where Monique says that Forbrain really makes a difference: It’s less frustrating for them to listen to themselves and to get the feedback; they know and they understand, really understand, what they have to change in their speech […].

Monique does her fair share of advocating for use of Forbrain. She frequently encounters fellow speech therapists who express that adequate treatment options for auditory processing problems are lacking. “I tell them yes, you can work with it!” She then describes to them the ideal clients and treatment options using Forbrain. “In the field of sensory integration, I have also recommended it, and I explain the connection with the vestibular system.” Forbrain, through bone conduction and a dynamic filter, helps to stimulate the vestibular system which manages:

Making Forbrain a focus in her practice has allowed Monique to achieve positive outcomes with her clients in less time and with less effort than traditional drill or rote therapies. She shared that clients enjoy the device, enjoy the autonomy of using it, and find it very effective in treating an array of diagnoses. More information about how Forbrain works can be found on the Forbrain website. 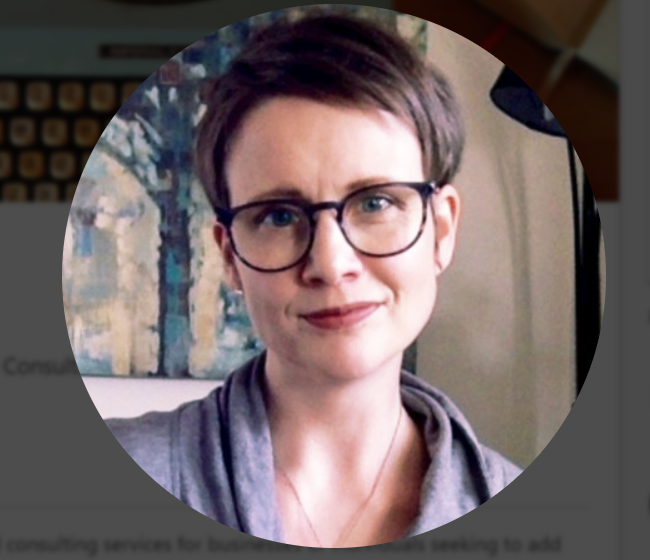 How can singers achieve perfection in pitch and harmony? Forbrain can help!

From Avoidance to Acceptance and Success - An Inspirational Forbrain Testimonial

Little Charlie was diagnosed with mixed dyslexia and dysgraphia (the phonological subtype), at the age of...
Forbrain Team Jun 8, 2022 12:29:21 PM

National lockdowns and school closures because of the COVID-19 pandemic meant many children missed severa...
Kim Wyrley-Birch May 30, 2022 6:16:17 PM