END_OF_DOCUMENT_TOKEN_TO_BE_REPLACED

In a segment aired on CNBC’s Advancements TV on 21 September 2019, Forbrain was put under the spotlight as the show attempted to educate viewers as to how Sound For Life is empowering children and adults to reach their full potential, improve their quality of life through brain stimulation and truly making an impact on people’s lives. Advancements TV, presented by Ted Danson aims to explore recent developments in technology, manufacturing, sustainability etc. This episode particularly focused on Neurotechnology and devices that are being used to enhance cognitive skills. Forbrain’s groundbreaking, patented technology involving bone conduction, dynamic filter, and audio vocal feedback loop had intrigued the Advancements TV team to make a trip to Paris to get an in-depth understanding of the product and its underlying science. The video was filmed in the Summer of 2019 in Paris, Barcelona, and the United States.

Dr. Carles Escera, Ph.D., Professor of Neuroscience, Brainlab Institute, University of Barcelona has been associated with Forbrain for more than five years. He was the lead scientist behind the research paper Neural mechanisms underlying Forbrain® effects and was asked about the ability and capacity of the adult human brain to continuously evolve.  “Recent discoveries have shown that even the adult brain has the ability to change or to produce new connections between different nerve cells and this subscribes the possibility to keep growing and making new functional developments across the entire life [sic]” he said.

ASHA (American Speech-Language-Hearing Association), the professional and scientific organization comprising of a community of audiologists, hearing-speech pathologists also published a research conducted by Dr. Escera’s team called The Potential Effect of Forbrain as an Altered Auditory Feedback Device in its Journal of Speech, Language and Hearing Research. “We have conducted a scientific study aiming at validating the principles of action of Forbrain on the voice of its users, through a randomized, double-blind controlled study. The results of this study encourage me to believe that Forbrain can be used in domains in the speech therapy clinics [sic], and also in cases of central auditory processing disorder. The results were so important that they were published in the prestigious journal of the American Speech-Language-Hearing Association” he said.

Therapists, trainers, educators and families from all around the world have been experiencing significantly fruitful results upon using Forbrain with kids and adults. Sound For Life has been receiving positive feedback with respect to improvements in memory, concentration and ability to focus.

Kara Tavolacci, an Occupational Therapist who works with children was highly effusive in her praise for Forbrain. “As an occupational therapist, I work with children with various diagnoses. I focus on motor skills, sensory processing, attention and focus, all things that can really have an impact on a child’s ability to learn, grow and develop. I use a lot of different therapeutic tools, I use swings, games, toys, movement and the Forbrain is a great tool that still allows me to use those activities as they were designed, it doesn’t impact the therapeutic use of those tools. The child can still hear my directions, can still listen, focus and attend, while they’re in the session. I like to use Forbrain because it’s a really easy-to-use tool within my therapy sessions.” she said.

Grace Lindley, a Speech and Language Therapist based out of Paris, France used Forbrain for the duration of her therapy sessions with Josephine, a four year old kid with severe speech impediment. Forbrain helped Josephine work on her speech and pronunciation which ultimately led to her being able to pronounce her own name without hesitation, a feat that brought her mum immense joy. She says “I love that it’s wireless as well, it’s really practical for while we’re moving about and playing in the room together and the kids think it looks cool, they think they look like a pilot or some type of police officer or something and so they’re really happy to wear it as well.”

Thierry is optimistic about Forbrain’s potential as a robust neurotechnology device which will continue to make a difference in auditory and sensory processing. “Forbrain was the first product developed by Sound for Life, based on its strong connection with the Tomatis method, the most advanced program in sound therapy, and also its cooperation with Aftershokz, the world leader in bone conduction. The idea behind Forbrain was to create a product which can be used by the whole family for the purpose of learning.” he said.

Forbrain’s positive impact with regards to improved speech, enhanced reading, and augmentation of cognitive functions is being documented daily. Learn more about Forbrain here and how YOU can use it for your family. 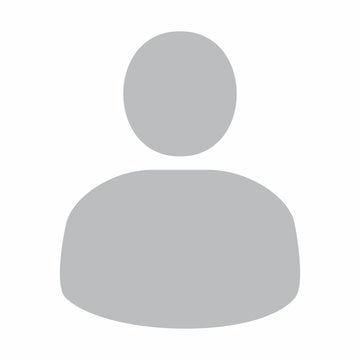